The history of Sailing

Trade winds are the permanent east-west winds that flow in the earth’s equatorial region. The trade winds blow mainly from the northeast in the northern hemisphere and from the southeast in the southern hemisphere. They have been used by captains of sailing ships to cross the world’s oceans for centuries, enabling the great migrations to America and trade routes to be established across the Atlantic and Pacific Oceans.

Earth global circulation
The air can only move within a Hadley cell; therefore, a certain wind movement pattern occurs. “Doldrums”, is a popular nautical term that refers to the belt around the earth near the equator where sailing ships sometimes get stuck in calm waters.

Age of Navigation
Austronesians on the islands of Southeast Asia and the Pacific, regularly traded with China, South Asia, and the Middle East before 1000 BC, based on maritime transport. They also introduced sailing technologies to these regions.

Northern European Vikings also developed sea-going vessels and depended on them to travel to overseas countries before 1000 AD. The oldest known examples of vessels were so-called longships dated to around 190 AD.

China began building sea-going ships in the 10th century during the Song Dynasty. Chinese ocean-going ships are based on Austronesian ship designs that traded with the eastern Han dynasty since the 2nd century AD.

To navigate the sea, the compass is absolutely necessary. The mechanical engineer Ma Jun (c. 200-265 AD) invented a device with a needle pointing south. By a wheel device that uses a differential equipment that allowed a fixed figure to always point in the southern cardinal direction.

The map
The oldest known map dates back to 12,000 BC. and was found in a Spanish cave. The early maps were oriented with the east as the top, for religious reasons. A nautical chart is a graphic representation of an ocean or coastal area.

Ships during the Middle Ages

Various ships were in use in the Middle Ages.
Jong, a type of large sailing ship from Nusantara. The hull was built using wooden plugs without iron nails and several planks to withstand the heavy seas.

The longship was a type of ship that was developed over a period of centuries and perfected by the most famous user, the Vikings, in about the 9th century.

The carrack was another type of ship that was invented in the Mediterranean in the 15th century. It was a larger vessel than the caravel. Columbus’ ship, the Santa María, was a famous example of a carrack.

A junk is a Chinese sailing vessel that is considered one of the most successful ship types in history with a huge number of variants. The junks historically date back to the Han dynasty from 220 BC to 220 AD, and were first used as sea ships as early as the second century AD.

The junk was later developed steadily over the centuries, and the sea-going ships were to be the best sailing vessels in the world until the 16th century.

The Shortcut to Asia

Christopher Columbus was a navigator and maritime explorer who is one of several historical figures credited as the discoverer of America. It is believed that he was born in Genoa.
Since Columbus and the other colonists did not know the American continent, they thought they had come to Asia. Columbus continued to believe this all his life.

Enlargement of Europe
Monetarism is a set of views based on the belief that the total amount of money in an economy is the main cause of economic growth.
It explains the main reason why the age of discovery began; it was due to a severe shortage of gold in Europe. The European economy was dependent on gold and silver, but small domestic supplies had led large parts of Europe into a recession.

When the carrack and the caravel were developed by the Portuguese, the Europeans again began to dream of the fantastic East, and the thought of finding a shortcut there took root.

Both used Mediterranean lateen sails which made the ships much more manoeuvrable.
It was thus through the Arabs that the ancient Greek geography was rediscovered, and for the first time European sailors gave an idea of the shape of Africa and Asia.

European colonization
When Christopher Columbus reached America in 1492, the first conquests were made by the Spaniards. They quickly conquered most of South and Central America and large parts of North America. The Portuguese took Brazil. The British, French, and Dutch conquered the islands of the Caribbean Sea, many of which had already been conquered by the Spaniards or depopulated by disease.

In 1754, Spain and Portugal were leading nations in the colonization of America as a result of being leading seafaring nations.

Clipper route
During this time, the so-called clipper route was established by fast sailing ships, which sailed between Europe and the Far East, Australia, and New Zealand. The route went from west to east through the South Seas to take advantage of the strong westerly winds from the “roaring forties”. Many ships and sailors were lost under the heavy conditions along the route, especially during the rounding of Cape Horn, which the sailing ships had to round on their return trip to Europe.
Cape Horn was discovered in 1578 by Sir Francis Drake. Cape Horn is located on the island of Isla Hornos. However, the discovery was not used immediately, as the ships continued to use the known passage through the Strait of Magellan.

The use of the Clipper route in commercial shipping came to an end with the introduction of steamships and the opening of the Suez and Panama Canals.

The end of the use of sails as a driving force
Like most eras, the timing is inaccurate, but accurate enough to serve as a general description.
It can be assumed that the sailing age started with the Battle of Lepanto in 1571. This was the last battle in which oars-driven galleys played an important role, until The Battle of Hampton Roads in 1862, in which armoured steel ships fought against wooden sailing ships. It all culminated in the use of steam power to propel ships, which made sailing power obsolete. 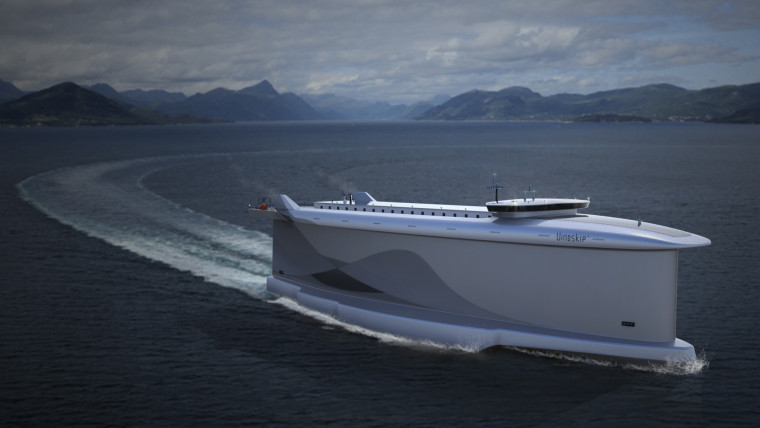